What a wonderful end of unit celebration!  Fourth graders have been working hard independently revising and editing their fantasy stories, in addition to peer reading somebody else’s story. For their final celebration, we invited parents and set up a ‘fantasy chair’, complete with boas, big glasses, a green wig and bright pink hat.  The students could dress up, or not, depending on how they were feeling.  Following each reading, the audience was asked to give positive feedback and a suggestion for next time.

November 23, 2013 erika_admin Uncategorized Comments Off on Creating and Describing Monsters During the fantasy units, a few of the students were very keen to use an app called Create a Monster.  It is a simple, fun app where students can choose their own background, head, eyes, nose etc. in order to create a monster picture.

As a speaking and listening activity, I gave them 10 minutes to become familiar with the app and create their own monster.  They were then instructed to work in pairs iPad-to-iPad (neither could see the other’s iPad screen) and take turns describing one of the monsters in the gallery, for the other person to create.  It required them to really think about how they could describe shapes, colors, sizes of the body parts in front of them.  Here are some of the results: One of my favorite ESL teacher bloggers is Larry Ferlazzo.  His website, Edutopia is an ocean of ideas and resources for teaching English language learners.  He recently published an article about teaching with pictures.  In it, he refers to his Picture Word Inductive Model, that can be used for teaching vocabulary.  It starts with a picture, any picture, and there are a series of short 10-minute activities that you do progressively throughout the week.

I decided to give it a go with my beginner 4th graders.  It has proven to be very engaging, effective at learning new words and fun! The first lesson, the teacher introduces a photo to the students and together they label 20 different items in the picture.  It could be words the students know and new words.  The students then have their own copy of the picture which they then label themselves.

In the next class, the students must group the words they used to label this picture.  It is up to them how they group them.  The teacher may need to model different categories (words that begin with b, one the floor, furniture etc.) The second lesson involves a close exercise, where the students have to choose the correct word to complete the sentence.  The teacher creates this cloze, using words generated the previous days by the students (and the teacher). The next day, the students have to create their own sentences using the words on the picture.

the final day, the students join the sentences into a short paragraph using various connectives.

Look what Anna created using the iPad in one lesson!  Click on the various ‘buttons’ on the picture to see more pictures, video and text! 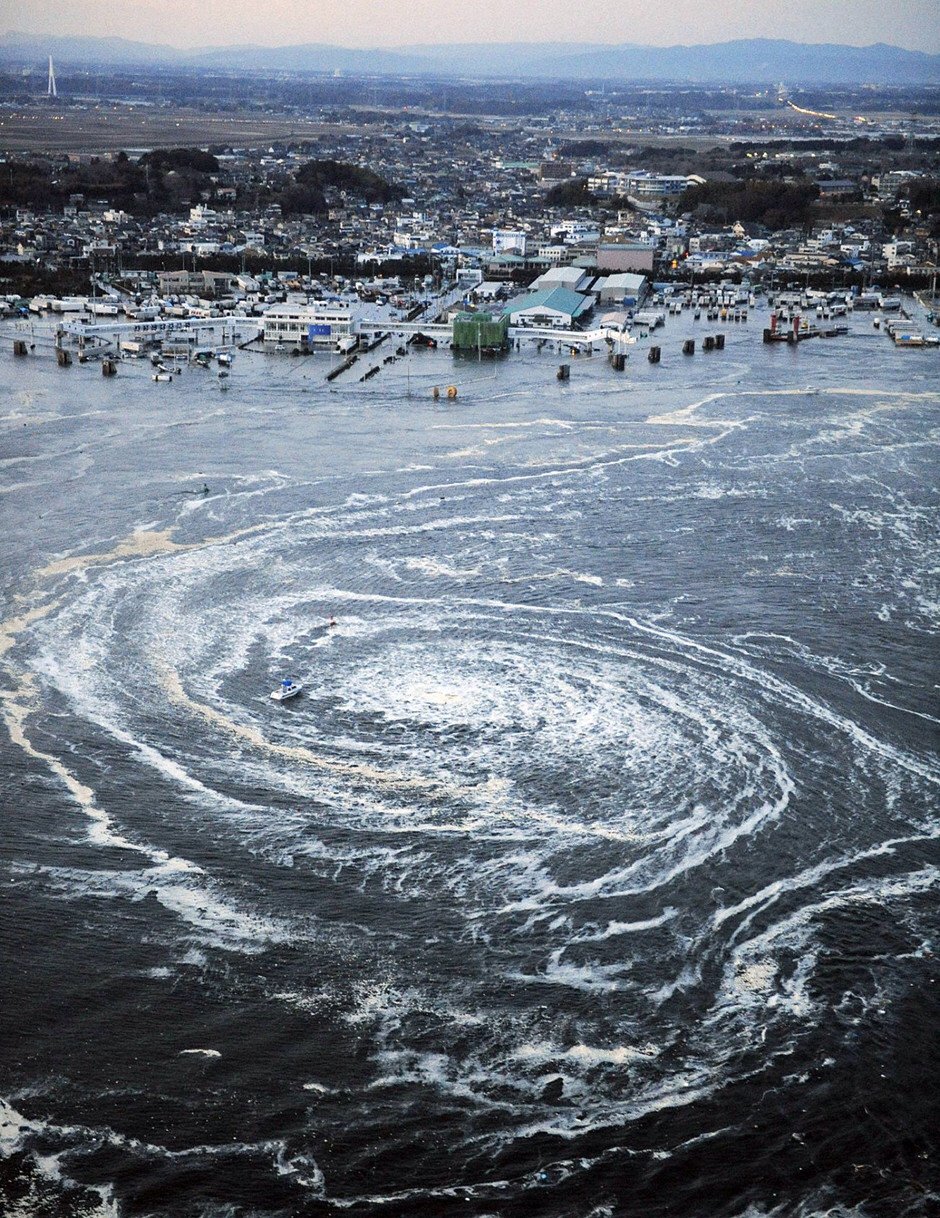 As the fourth graders enter their last week of an inquiry how “Landforms change constantly, impacting the world around us”, I challenged the EAL students to put on a quiz show.  This proved to be an excellent formative assessment of what they know and what misconceptions need to still be addressed.

One quiz master was chosen (at random) and the remaining students were divided into two teams (again randomly).  The quiz master was asked to write an opening script and help organizing the two teams.  The teams were asked to come up with at least 10 questions each, to ask the opposing team.  It could be anything to do with landforms and Earth…anything they had studied during the past five weeks.

I provided two distinct sound makers and a ‘microphone’.  I filmed the entire show (from start to finish this was one 50-minute lesson), and was lucky enough to have an additional student step in for scoring half-way though.

Here is the edited version.  We hope you enjoy!

AISB QUIZ SHOW – topic of the show: landforms from AISB EAL on Vimeo.

November 16, 2013 erika_admin Uncategorized Comments Off on AURASMA AND LANDFORMS

Aurasma is an amazing new app for augmented reality.  It is free (which is incredible) and fairly simple to use.  Once you have downloaded, you will need to set up a free account.  This is important as this is where all your ‘auras’ will be stored.  If you have multiple devices (I was using 8 iPads), it’s important that each iPad is logged onto the same account so that you all have access to the same information.

The objective of this activity was for the students to create interactive displays of various landforms.  After creating a 3-D model of a landform for their homeroom class, I asked them to choose another landform and draw a picture of it.  The picture had to have labels and color.  This picture would then serve as the ‘home’ or the tagged item (could be a picture, physical object or a location) upon which they would overlay an ‘aura’.  As far as the app is concerned, the ‘aura’ can be a video (which they record or which they find on the web) or another picture or animated picture.  I wanted them to use videos, specifically a video of them talking about the landform and giving details of what it’s called, how it’s formed, some examples, and maybe some fun facts.

It was a multi-step project.

First, they choose the landform and drew a picture.  Then, they used iPads and an app called Landforms:

They wrote down what they already knew about the landform and then took detailed notes from the app.  The next step was to turn those notes into a short (2-4 minutes) presentation that they would record using the camera on the iPad.  They worked in pairs at this point filming each other.

Once each student had the video on their iPad, they were now ready to use Aurasma and attach it to their photo.  I took them through the process step-by-step.  They had to open the app and log on to my account.  They had to create a new aura using the + button and upload their video from the camera roll to this app.  They then selected the video and clicked ‘next’ – this took them to a screen that looked very much like a camera.  They had to position the ‘camera’ over their landform picture and take the photo.  To finish, they followed the naming and next steps as was required.  The photo is the trickiest part, because if you include background with the photo (say if the picture is on the whiteboard), the screen will only recognize that picture if it has the same background.

The students were super excited.  It was incredible to watch them engage in the activity, and figure the app out themselves.  One of the students even magically discovered that when he positioned the iPad over a Percy Jackson picture, it linked him to the Wikipedia site for Percy Jackson!  Incredible!  Many of them went home and downloaded it themselves.

For the following lesson, they placed their picture in separate locations around the room.  Their mission was to individually go from picture to picture with their iPads, listening to other people’s videos and recording information.  They had a chart to fill – name of landform, presenter, something they learned from the video and any further questions they had. They reflected as a group afterwards about the activity.  Some of the comments were: “We got to learn more information about each landform” “We could work by ourselves at our own speed” “we learned how to use this new app on the iPad” “It was really fun because we could discover new information.”

An inquiry into the Earth’s changing surface

November 16, 2013 erika_admin Uncategorized Comments Off on An inquiry into the Earth’s changing surface

Grade 4’s latest unit of inquiry is “Landforms change constantly, impacting the world around us”.  The students have been learning about the structure of the Earth and the many different landforms on the Earth’s surface.  In their first project, they had to choose a landform and create a 3-D structure detailing it’s features, and explain how it is formed and where it may be found in the world.

My Emerging EAL students were both interested in volcanoes.  However, in order to even begin to explain about how volcanoes are formed, they needed the vocabulary and technical language to describe the structure of the Earth and plate tectonics before being able to move on to describe the volcano.

I decided to use soft boiled eggs as Earth representatives.  I attributed the layers of the egg (yolk, white, shell) to the layers of the Earth (core, mantle and crust) and had the students gently roll the eggs to crack the shell.  The cracks thus represented the different plate boundaries.

I then had the students squeeze the egg gently to illustrate what happens when there is a lot of pressure and the plates are moving.  I then challenged them to squeeze a little harder to show what happens when ‘magma’ escapes from the mantle, through the Earth’s crust.  They were both surprised to discover the oozing yolk…and I was equally pleased that the egg was indeed soft-boiled and the demonstration had worked! 4th grade EAL students learn about the structure of the Earth and plate tectonics with soft boiled eggs.